Empowerment is a Necessity, Not a Choice

From the pursuit of productivity with strenuous labor work to the pursuit of productivity with comfort, the Homo Sapiens evolved. How our life would have been without Flipkart, ola cabs, or Paytm. These facilities have made life easier. The people who create these and bring them into reality by changing the spectrum of our lives, we came entrepreneurs. With the course of life, we have so many dimensions, areas to explore, changes to bring, enhancements to see its threshold, understand, and breaking complexities. While big corporate, MNC’s, the big 4 firms, product-based companies, service-based companies, and entrepreneurs working invariably to bring change in society and this change inevitably bring an enormous change in the economy of a nation, entrepreneurs are essential and fundamental for the growth of a society, community, a state or even a nation.

Over the years the entrepreneurs in India have relatively grown and statistics have been growing ever since. To name a few renowned entrepreneurs who made a radical change are,

A myriad of business establishments all started with selling traditional snacks to religious pilgrims. With no time, this business entrepreneur has diversified from industries to information technology, logistics, power generation, consumer goods. This fortune 500 listed company, Reliance Industries is one of the leading industries at the moment. His sons, Mukesh Ambani and Anil Ambani are running the business today and are billionaires and millionaires of India.

The business mogul who managed to establish a prominent information technology company with an initial investment of rupees 10,000 is an inspiration to all the young entrepreneurs at present. The company that he established, Infosys earned him the father of the Indian IT industry. As of the recent estimation survey, Infosys has a market capitalization of around 37 million dollars.

An aspiring aviator who was born to Indian and French parents set out his entrepreneur career by establishing his own airline named TATA Airlines while running errands for his family business. This again is a conglomerate, with diverse transcendents inside the company.

Another notable businessman whose career skyrocketed when his humble beginning started to take place. He initially sold calculators and microcomputers. Soon after he expanded the business to Singapore and further, it started generating revenue of rupees one million.

A key takeaway is that most of these entrepreneurs started their journey from hard work and diligence which has made conglomerates firms. 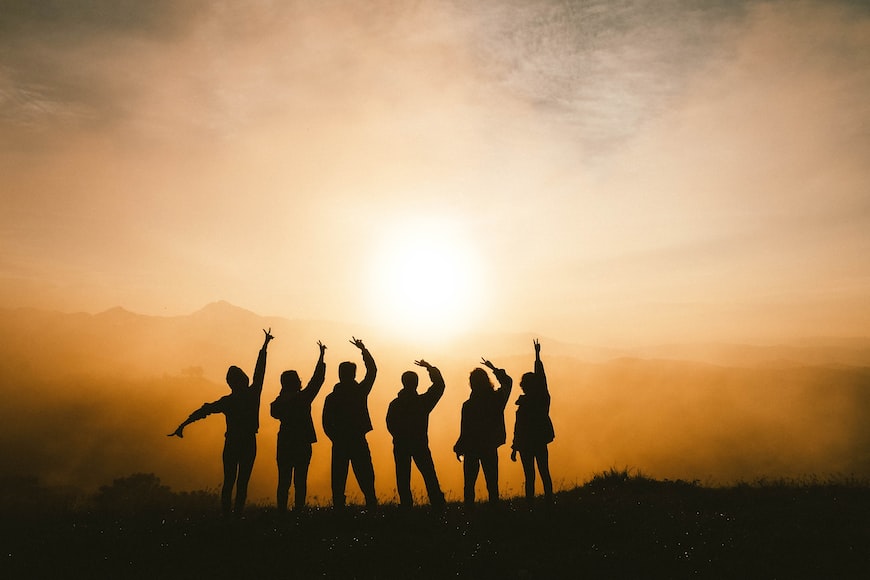 Diaspora is an ancient Greek word referring to ‘to scatter about. The indigenous people moved to another homeland as immigrants. Indian diaspora means Indians immigrating from India and settling into places overseas. It is also evident that the Indian diaspora is the largest in the world. According to the 2020 survey, 18 million people are living outside India. Most Indians live in UAE, the US, and Saudi Arabia. According to the research ‘India In the UK – The diaspora effect’ finds that the annual turnover of 654 companies is 100,000 pounds. This migration happened because of the employment rate in the UK which was 50% higher than in any group. 50% of Indians in the UK are qualified to a degree level and more than 40% of people are qualified for managerial and professional occupations. Not just employment and education, the business flair in the UK is the factor that welcomes the Indian diaspora to their country. The current generations are now taking the baton to continue the race. The Indian diaspora in the UK takes five major sectors. Hospitality, healthcare and pharmaceuticals, retail and wholesale, real estate and construction, food, and beverages. When we break it down according to regions, London is the place where most migrants settle.

Young people are the future of the world. The present generation’s current hope is the youth of the nation. As we are trusting our world with the next generation it is our responsibility to make sure they live in a toxic-free and un-manipulative environment. We should start empowering our youngsters. It means to create an equilibrium across the gender, race, age, social, and religious spectrum. One factor that can create this equilibrium equation is education. It is a necessity that acts as a catalyst for the pursuit of equality. Education is the key to a better society, a better country, and a better world. It makes them self-reliant and responsible.

The government is the backbone of a nation, we turn ourselves to the government in times of crisis. Youth not being empowered is a crisis that was recognized by the government which has taken several measures to keep us safe and empowered. Even before our independence, equality was something that wasn’t a distinct word in the vocabulary of the Indian stereotype. But as evolution happened, women started to fight for themselves when parents thought the girl child was a burden. Female infanticide was fought but still, a prevalence of this genocide exists. To make this extinct, the government came up with several policies such as the Convention of Elimination of All Forms of Discrimination Against Women (CEDAW), in terms of decision-making, women have equal rights to make decisions and act on them. The gender that faces the poverty line crisis or situations of extreme poverty is women. The government has implemented laws that can be acted upon to address the needs and problems of such women, Several categories where women need help like women and agriculture, women and industry, help services, education, health nutrition, sanitation, housing, and shelter and violence against women are being addressed by the government with the respective policies that have the potential to aid them. Women are no less than men, hence it is equally fundamental to empower girls as how boys are being empowered.

India with a large population which stands 2nd after China in terms of its high population still has people living in poverty to extreme poverty. With the population being high, subsequently, the income should also be skyrocketing making our nation one of the richest nations in the world, but as a nation, India is known for its income inequality. Though we have made so many conglomerates, businessmen and women, we have got so much to reach.
Share
youth Youth empowerment
313
1
Share

By admin
4 Mins read
The population of India is 1,393,123,813 at present. If we distribute the population according to age, we will have 26.63 percent of…
Employment and skillsYouth Empowerment

By admin
3 Mins read
What is Skill Development? Skill development is a process of identification of your skill gap and ensuring that you evolve and expand…
×
Travel